Rotterdam resident Tijs van Ruth has developed a cheap rainwater collection system. With this system, he collects rainwater on his rooftop, which he uses to flush his toilet and water his plants.

Meanwhile, he has installed two water tanks on his own rooftop, capable of collecting 2000 litres of rainwater: a four-week supply to water his garden, clean his house, and flush his toilet. The advantage is that rainwater does not contain any lime. It does not scale your toilet bowl and it is better for your plants. 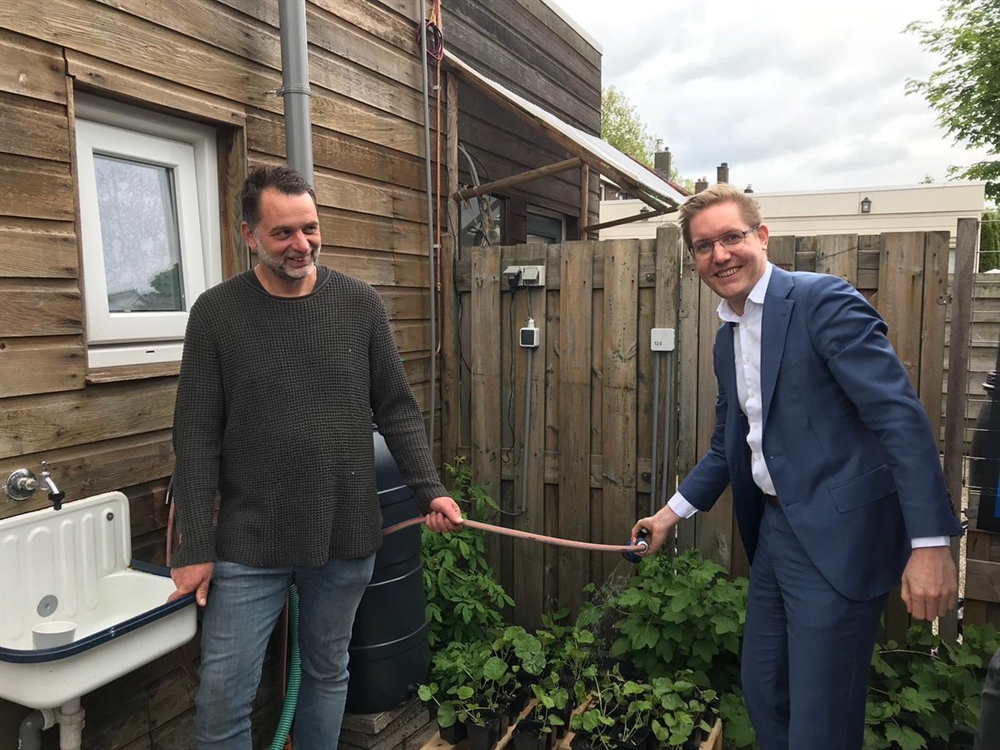 Photo: Festive inauguration of the system, with Alderman Arno Bonte

The water tank prevents rainwater from draining into the sewer system and helps to reduce the probability of waterlogging. Furthermore, Tijs needs less tap water during periods of drought. Van Ruth spent some 700 euros on the creation of his system. As he runs his own handyman company, he was able to save money on the construction of the system. The water tanks cut back his annual water bill by some 80 euros. This means that he will recover the cost of his investment over nine years.

In addition to the water tanks, the Rotterdam resident has also constructed a green roof. 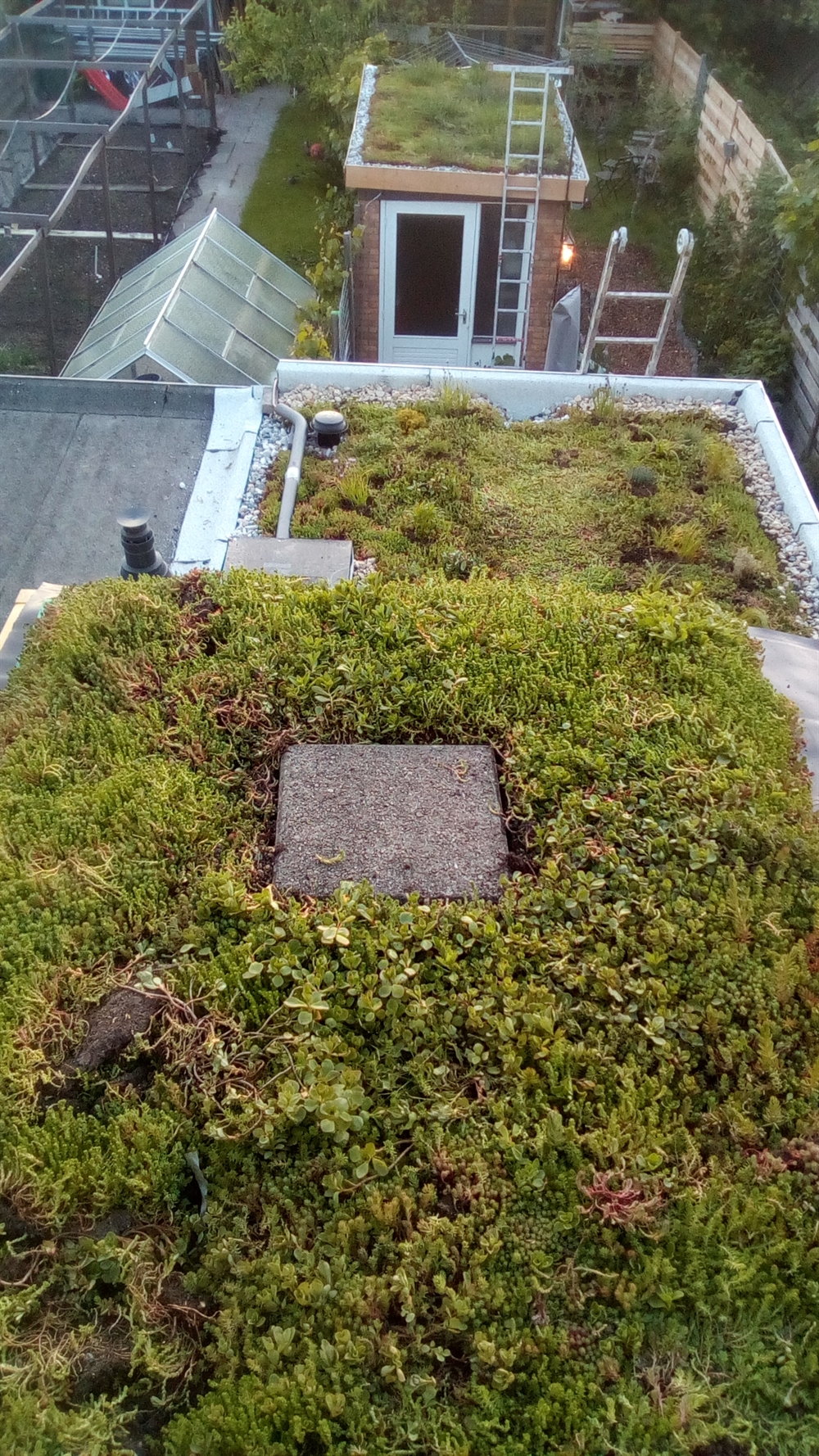 Photo: green rooftops on the Koninginneweg in Rotterdam.