It was the hit of the summer in 2019: green roofs on the bus shelters in the city of Utrecht. They were aired by the BBC, ARD, and WDR; they were featured in The Guardian and in USA Today. They also appeared in several media from Canada, India, Ukraine and Italy. The Dutch cities of Nijmegen, Rotterdam, Hoorn, and Apeldoorn want them too. Top model Doutzen Kroes Instagrammed them. Utrecht’s green-roofed bus shelters are conquering the world! 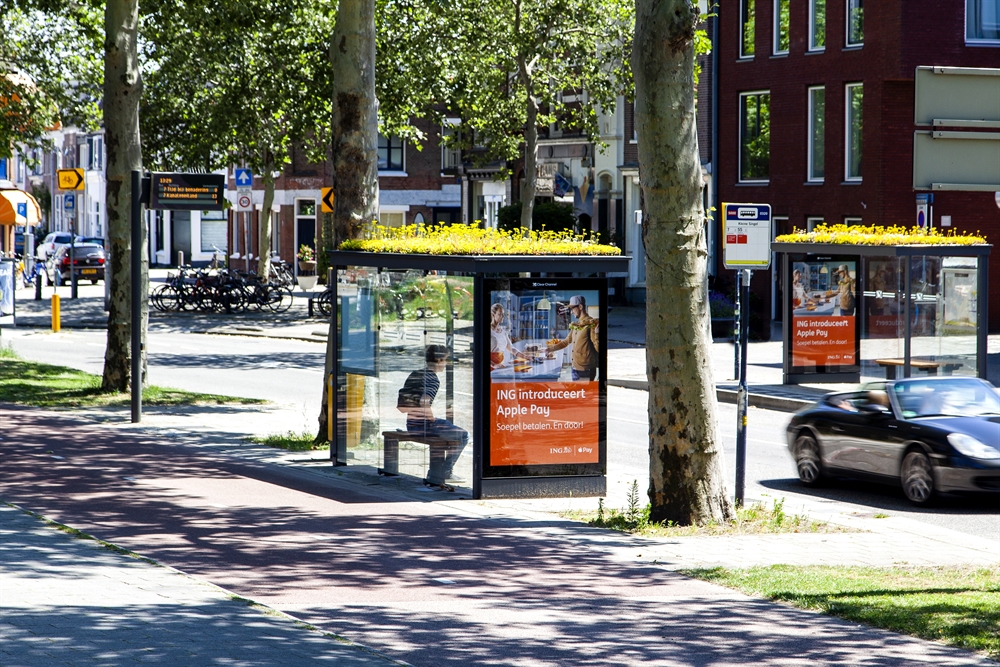 Whose initiative was it?

The municipality invited new tenders for the placement, management, and maintenance of its bus shelters. In its tender, Utrecht requested a great deal of attention to be paid to “healthy urban living for everyone” and to sustainability. It listed the following key themes: good air quality, climate-neutrality, circular procurement, and low energy consumption. In addition, the municipality awarded extra credits to solar panels and sedum roofs. Sedum is a plant species that can take drought very well.

How do the bus shelters look?

RBL Outdoor was awarded the job. They placed 316 bus shelters capped with sedum roofs. The other 96 bus shelters are fitted with solar panels. All the bus shelters feature led lighting and a bamboo seat. The shelters’ floor plates are made of recycled concrete. Maintenance is carried out using electric vehicles. The bus shelters are cleaned with filtered rainwater. 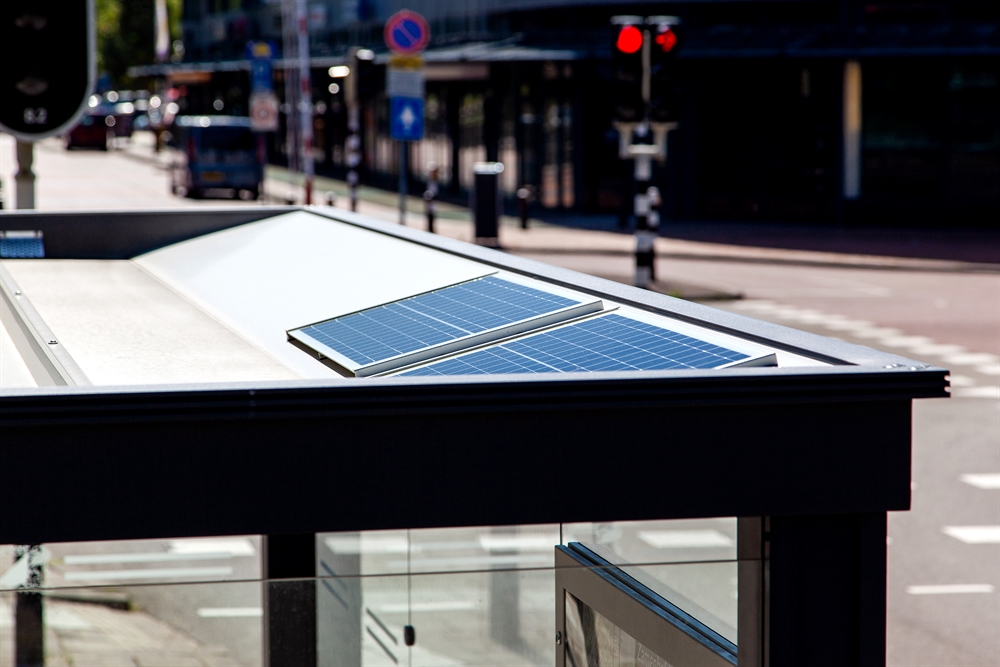 What do the green roofs do?

These new bus shelters have added more than 2000 square metres to the green roof surface area. The green-roofed bus shelters are contributing to climate-proofing the city in several ways:

The 96 solar-panelled bus shelters are entirely self-sufficient in their energy requirements. Together with RBL Outdoor, the city of Utrecht is exploring whether these bus shelters can also be fitted with green roofs, and whether the green roofs can also be fitted with solar panels. The fact is that the cooling effect created by sedum can boost the power generation of solar panels.

The bus shelters have garnered a great deal of media attention across the globe. Some reactions: 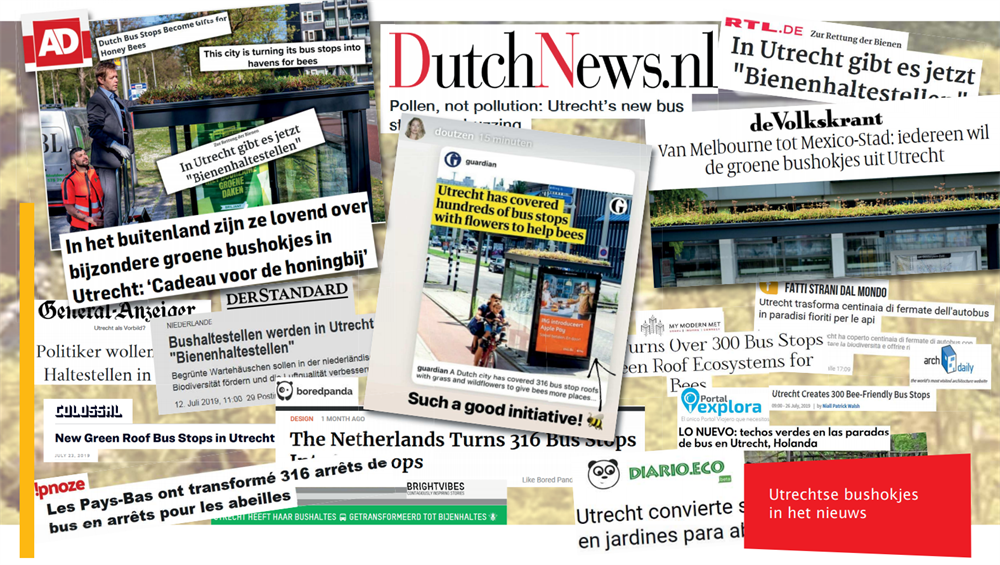 Several Dutch cities are also planning to fit their bus shelters with green roofs now. Various cities in Europe and the rest of the world have already contacted the city of Utrecht. Sedum roofs appear to become the new standard.

Furthermore, the bus shelters are affecting the residents of the city. People react positively and enthusiastically; they are becoming more aware and inspired to themselves contribute to the sustainability and health of the city. The fact that these shelters make people so happy is perhaps the greatest and most sustainable return for the city.