Since 10 October 2018, alderman Dorus Klomberg has been touring through the municipality of Rheden with the Climate Caravan. His goal: having people talk about good initiatives and developments in the fields of sustainability, energy, and climate adaptation. A fine way to garner support among the residents for policy in which climate adaptation plays an increasingly greater part.

With the Caravan, the alderman travelled to residents, entrepreneurs, collaborative partners, and neighbourhood initiatives. Thus, he spoke with a wide range of people, such as a school principal, a member of the district water board, a farmer, and a school pupil. These meetings have produced commendable short films, which can inspire others to take action themselves. 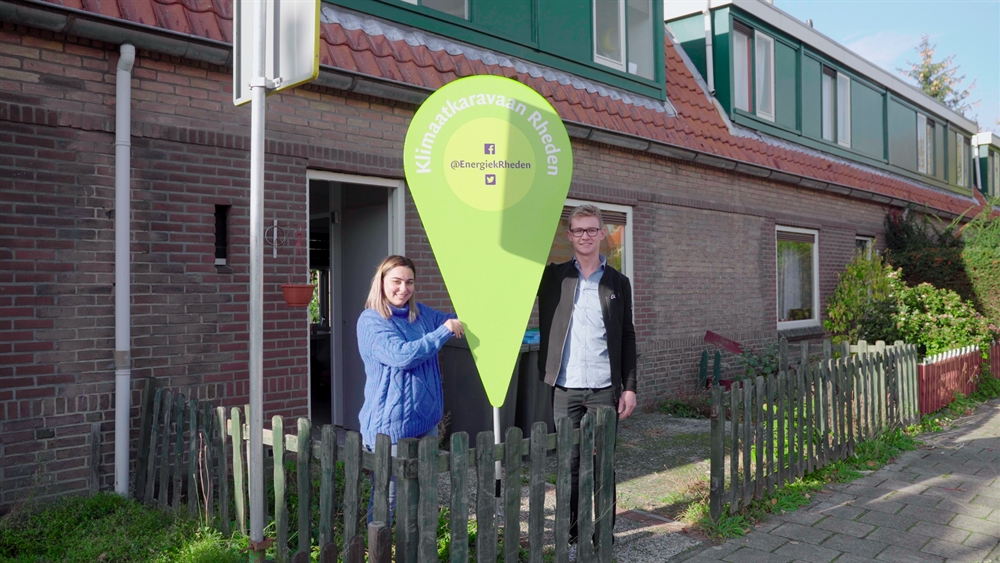 MVOTV has accompanied the alderman and recorded the films. In 2018, a short film was made every week, with effect from Sustainability Day, on 10 October. This has generated a total of ten short films. On 11 April 2019, the Climate Caravan embarked on a new tour. All the short films may be viewed on the degroenehesjes.nl website. Background information on the topics is also provided on this website.

The power of this project is that the municipality is listening to its residents rather than telling them what to do. The Caravan comes by and draws inspiration from the stories told by residents and entrepreneurs. Furthermore, the municipal authorities have noticed that everyone appreciates the opportunity to show his or her initiative to others. Everyone can join in, even if their project only involves something minor in their backyard. This low-threshold approach is working, and the topics vary widely.

Have an idea of your own?

The intention is to keep adding new films to the Climate Caravan. So, do you live or work in the municipality of Rheden and do you have an initiative that will inspire others? A good idea that will contribute to a better climate? Or a message you would like to share? Then email Marjolein Huijskes, via energiek@rheden.nl. Who knows, the Climate Caravan will come and see you too before long!