A new park has been constructed on the outskirts of the Drielanden neighbourhood in Harderwijk: Crescent Park. This park combines leisure facilities and room for nature with water storage. 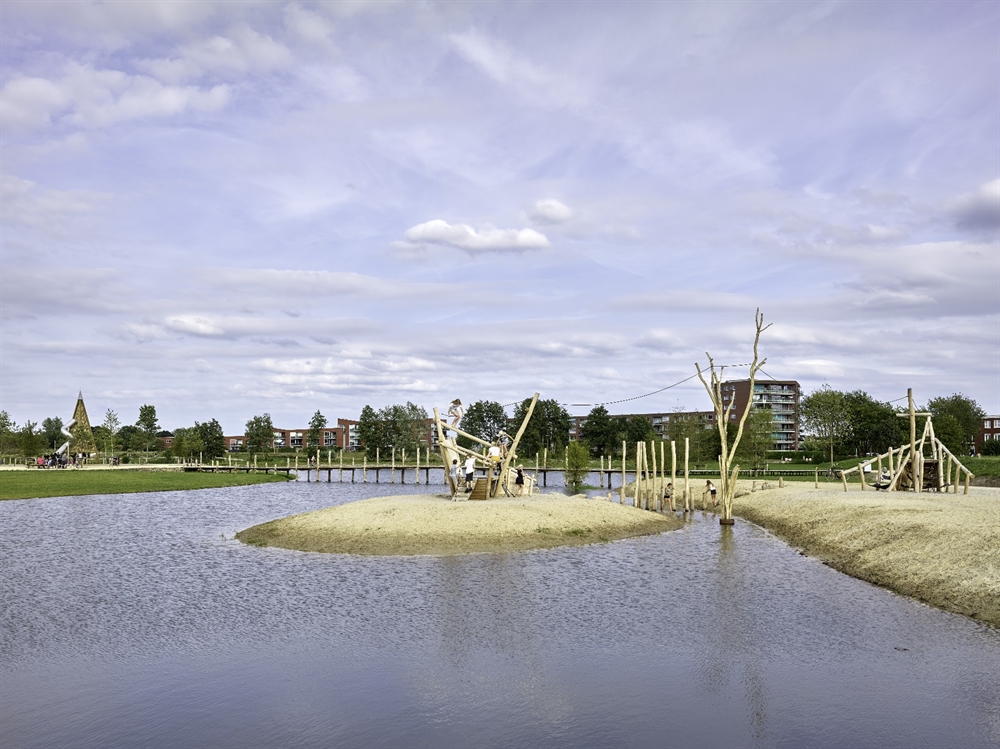 What was the reason?

The accommodation of extreme downpours called for water storage facilities in the vicinity of the new Drielanden residential area. The municipality and the Vallei en Veluwe district water board eventually opted for combining such water storage with leisure facilities and room for nature. The result: Crescent Park.

Crescent Park features a large rain pond which serves as water storage during severe downpours. This reduces waterlogging issues in the vicinity of the park. A large play island is situated in the middle of the rain pond. A plank bridge connects the island to the rest of the park. The park also features a footpath that is nearly 4 km long. Crescent Park is home to a wide variety of tree and plant species. It also features a sand martin wall, a kingfisher breeding wall, and an insect hotel. 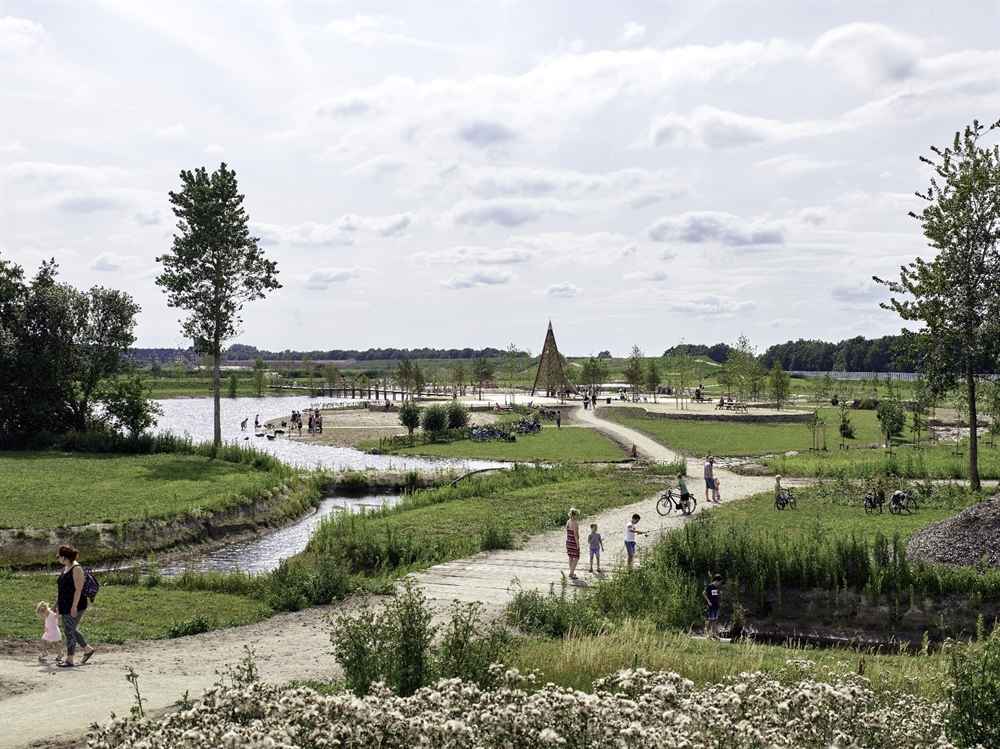 What is the municipality aiming to achieve?

Crescent Park is primarily intended as a water storage facility but in addition to combating waterlogging, the following purposes have also been taken into account:

The municipality has organised several open evenings during the preparation stage of the preliminary design. During these evenings, residents and other interested parties were shown several designs from which to choose. They opted for the design variant of a park featuring a single island with a watchtower. This became the preliminary design. The municipality requested the tenderers to use this design as their point of departure and invited them to come up with surprises. The most surprising design was the collective one submitted by VIC Landscapes and Hoornstra-Ophof. It featured many additional elements, such as the sand martin wall, the kingfisher wall, the obstacle running track, and the use of electrically driven machinery for the construction.

Involving residents in the project at an early stage garners more support. The residents were enthusiastic and submitted good ideas of their own. This collaboration has resulted in the creation of a real neighbourhood park, catering for every taste.