As a result of climate change, the city of The Hague is faced with more extreme downpours. In order to lessen the burden on its sewer system, local rainwater collection, wherever possible, is important. And because space is limited in the city, the municipality is encouraging new construction projects to collect and store maximal water on the premises. A fine example is the infiltration basement in Cannenburglaan.

What is an infiltration basement? 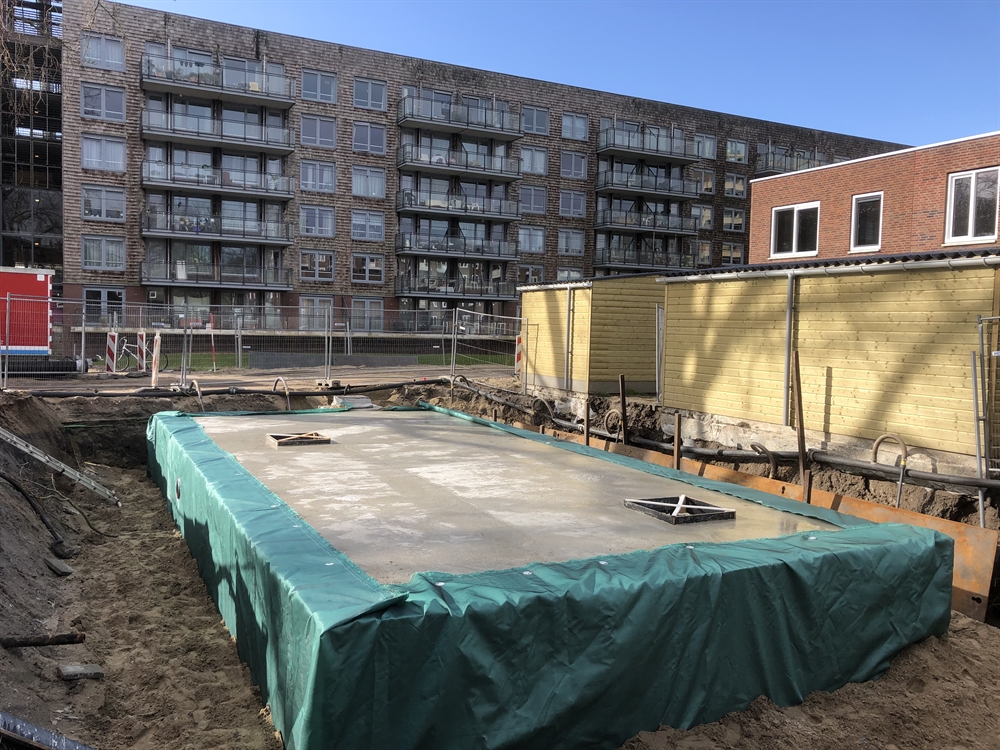 How does an infiltration basement work?

Ordinarily, in the event of torrential rain, the soil will not be able to cope with all the water at once. Consequently, the water needs to be drained via the sewer system. An infiltration basement affords the water sufficient time: because of its vast space, the basement acts like a buffer. The water is temporarily stored; subsequently, it can gradually infiltrate into the soil. The filters in the infiltration basement block any dirt and only let rainwater through. As these filters will need to continue to function properly, appropriate maintenance is important. That is why the basement is easily accessible.

What happens with the water?

A large proportion of the water will infiltrate into the groundwater. Another proportion can be reused, for example, for flushing toilets, for irrigating trees and plants, or for the construction of ice rinks. Water reuse is not very common yet, because in the Netherlands, tap water is very cheap. However, this measure ties in with the ambition of The Hague to pursue not only climate resilience but also sustainability.

The basement functions well in terms of water storage and infiltration. However, whether its capacity will remain sufficient to collect and infiltrate water depends on several factors. Suppose, for example, that the surrounding area will be paved to a greater degree, or that downpours will increase in frequency and intensity. In such cases, the basement could perhaps be too small to continue to operate properly. Furthermore, infiltration basements are invisible to the surrounding area. Residents will not see the effect of such basements and only notice something if an infiltration basement fails to do its job. That is something to be taken into account in communication with residents.