Residents of Nieuwegein interested in constructing a green rooftop may apply for a municipal grant. This scheme came into force on 1 May 2020. Within three weeks, 35 applications had already been submitted! What are the exact arrangements for the green rooftop subsidy in Nieuwegein, and how has Nieuwegein devised this scheme? This is reflected on this page.

How much subsidy can you get?

The grant covers a maximum of 50% of the costs of your green rooftop; the maximum grant is EUR 1,500 per application. The green rooftop must consist of a continuous surface area totalling a minimum of 6 m2. The grant covers material costs, labour costs, and sales taxes.

Under this scheme, the municipality of Nieuwegein is realising some 500 m2 of green rooftops, with a subsidy ceiling of EUR 10,000. Considering the success, the town council will probably decide to add more money to the subsidy budget.

What has prompted the scheme?

How has the municipality arrived at this scheme?

As the previous green rooftop subsidy scheme apparently failed to catch on, the municipality first conducted a round of interviews with several cities, suppliers, and other hands-on experts. Robbin Knuivers, climate adaptation programme consultant to the municipality of Nieuwegein: ‘We first asked such parties as the municipalities of Amsterdam, Rotterdam, Stichtse Vecht, and Utrecht what aspects to consider as regards a green rooftop subsidy scheme. These meetings revealed the importance of awarding a minimum grant of 50% for the construction of a green rooftop. The previous scheme required great efforts on the part of applicants: they had to fund a substantial sum themselves and meet several strict requirements.’

Why is the scheme so popular?

According to Robbin Knuivers, several factors have contributed to the influx of applications: ‘Apart from the fact that the scheme itself is good, we have also launched it at an appropriate time. In the spring, people tend to do more in and around the house than they would in other seasons. Furthermore, the corona crisis has probably had some impact: the money that would otherwise be spent on holidays, now tends to be spent on homes and gardens.’ Another contributory factor is the communication from the municipality.

How has the municipality been communicating?

The municipality has communicated a great deal, via Facebook and the local newspaper. Robbin: ‘We also interviewed someone who already had a green rooftop, of which we had a drone take a photograph. In addition, we have communicated extensively with the applicants. For example, our website features a list of the advantages of green rooftops. Via Facebook, several people inquired whether green rooftops also have downsides. We have also answered such questions.’

Save for a letter to the children of Nieuwegein on corona virus, the post on the green rooftop subsidy has garnered the most views on Facebook. 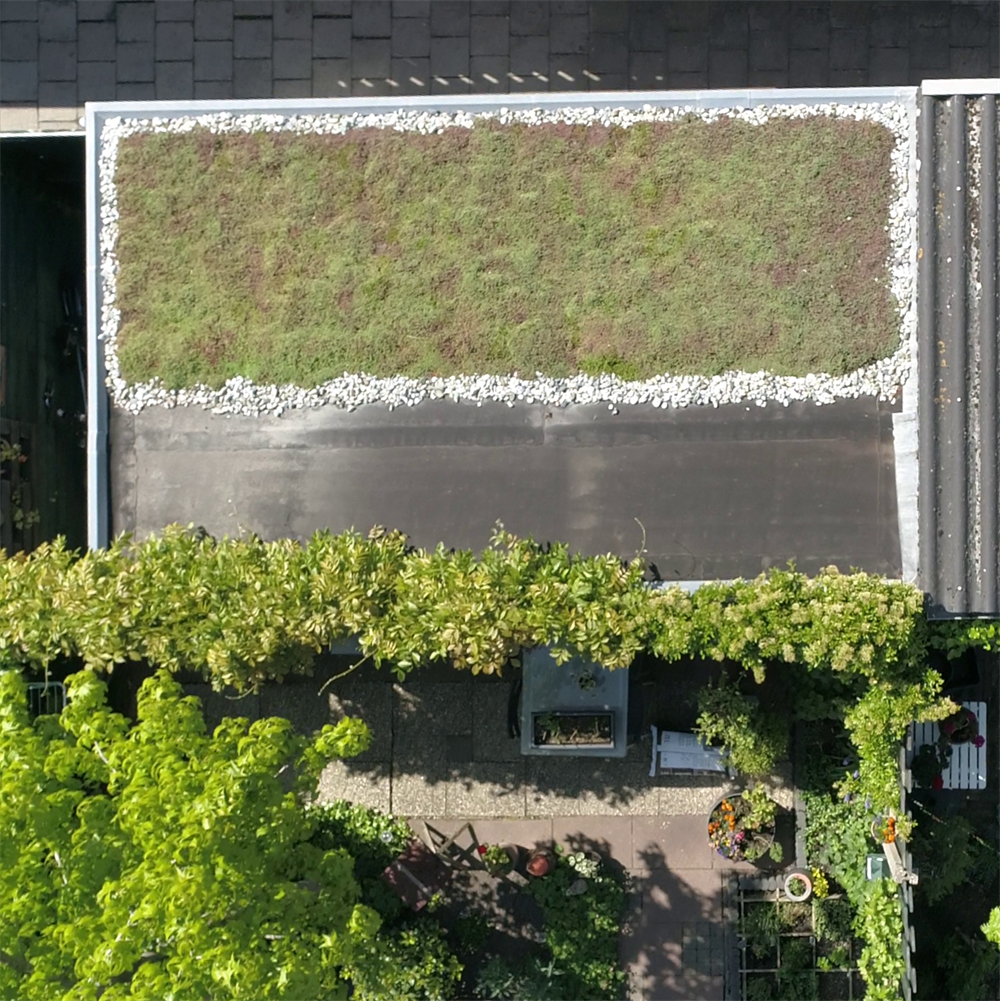 ‘We also interviewed someone who already had a green rooftop, of which we had a drone take a photograph.’

Can the municipality give some tips?

Are you – as a medium-sized or small municipality – also interested in introducing a subsidy scheme for green rooftops? The municipality of Nieuwegein has the following tips: