As a rule, green roof water storage involves flat roofs. However, an Ecopan field test in Enschede has shown that slanted roofs are also capable of buffering water. According to the study, the Ecopan can make a difference between waterlogging, or not.

In collaboration with the Pioneering Foundation, the Vechtstromen district water board, and STOWA research institute, the municipality of Enschede has investigated the effectiveness of the so-called “Ecopan”, an invention originating in Enschede. The Ecopan is a roof tile geared to standard slanted roofs. During (extreme) rainfall, the Ecopan retains water to be drained from the roof at a later time. 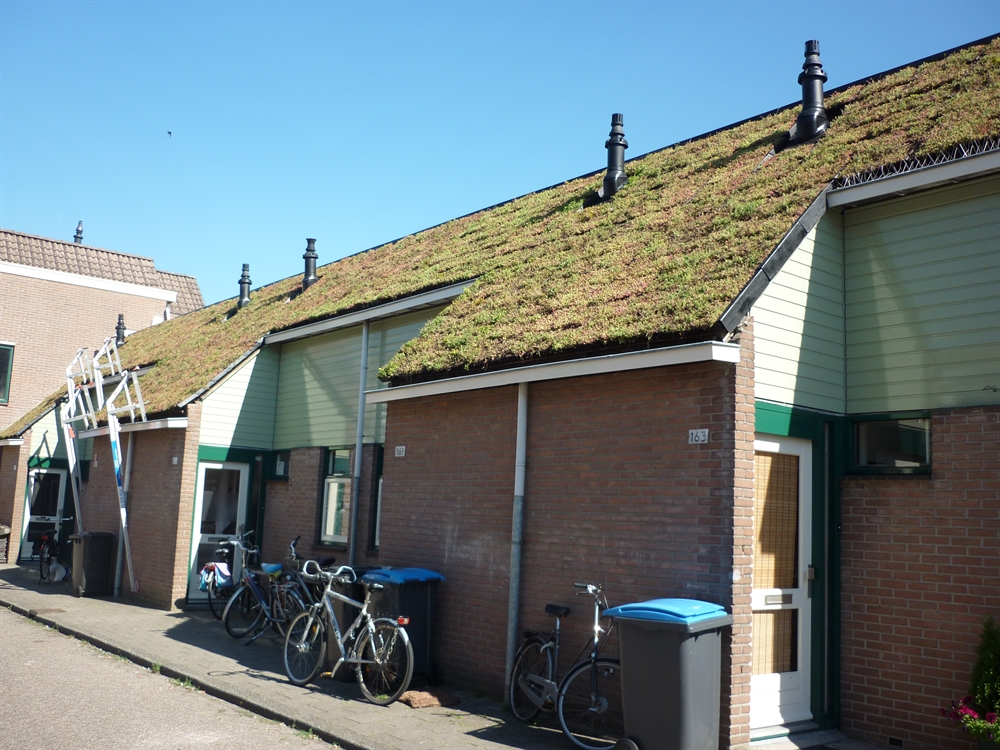 The Ecopan is a roof tile covered in sedum plants, to be fitted onto the existing tile laths of slanting roofs. The maximum angle is 50 degrees. The Ecopan is composed of a plastic container the size of two standard roof tiles, with water reservoirs, a substrate layer, and a layer of sedum. The weight and dimensioning of the Ecopan are identical to those of regular roof tiles. At times of precipitation, the substrate layer retains water which the plants can absorb. The municipality of Enschede has liaised with the parties to investigate the Ecopan as a means to combat waterlogging.

In order to explore the Ecopan’s water storage capacity, the housing corporation replaced the concrete roof tiles of eleven houses in the Transburg neighbourhood with Ecopans. The roofs of these houses are slanted at a 45-degree angle. The measurement set-up consisted of a precipitation meter and a simple weather station to measure wind direction, wind speed, temperature, humidity, air pressure, and luminosity. Two Twente University students maintained the measurement set-ups and analysed the data in collaboration with STOWA. Two green roof locations were compared with the two adjacent roofs, fitted with regular tiles. 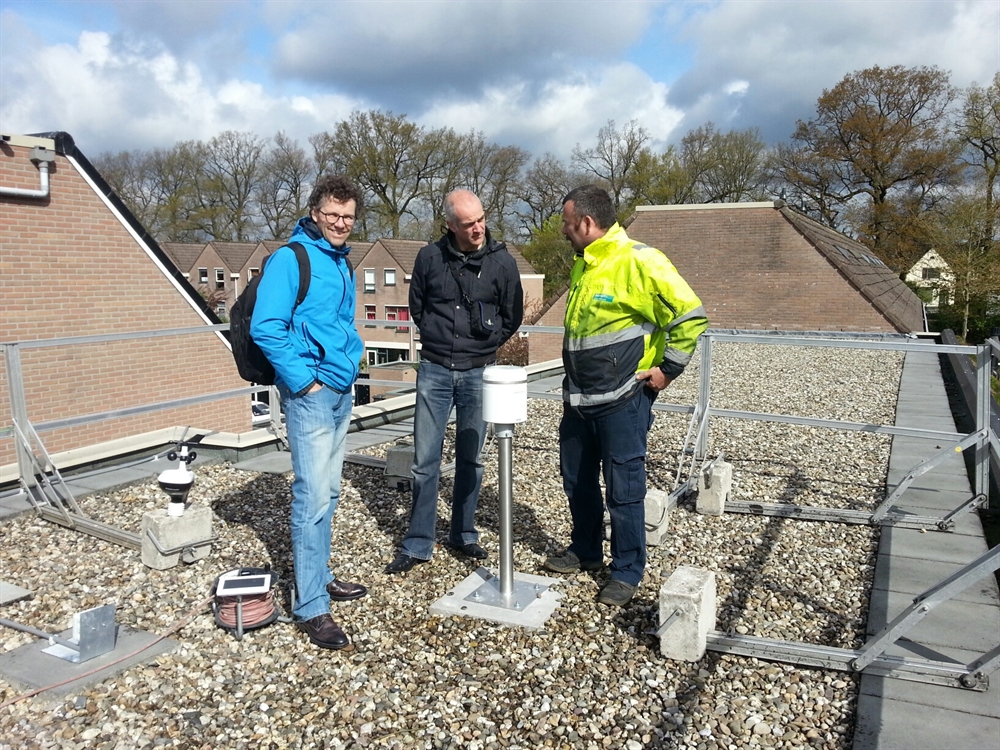 Results of the measurement set-up

The results reveal a major difference in water storage capacity between the summer months and the autumn months. The summer months hardly see any water drainage, because of the high evaporation levels. Water drainage was only measured during severe downpours. The drainage measured was less than the volumes drained by the concrete roof tiles. A roof covered in concrete tiles will absorb the first millimetre of a downpour and subsequently start draining.

In the autumn months, less water evaporates and the Ecopan will drain a larger proportion of the precipitation, albeit with some delay. A proportion of the precipitation is even drained at such a slow pace that the measurement set-up has difficulty registering any drainage. An inspection revealed that eighteen hours after a downpour, the green roof was still draining drops of water.

Less water on the street

As Enschede had already conducted stress tests in 2014, the effects of extreme downpours have already been incorporated into the sewer model. Based on this information and the results of the Ecopan test, Roelofs Engineers have calculated the effect of greening all the roofs discharging onto the run-off area running through the city centre. In this section, approx. half of the paved surface area accommodates buildings, half of which feature slanted roofs.

Computations show that at many locations, a downpour involving 20 mm of rain in an hour (“standard downpour 8”) will entail several centimetres of difference in water level on the streets. The total volume of water flooding the street will decrease by some 80 per cent. In a more severe downpour, involving 36 mm of rain in 45 minutes (“standard downpour 10”), the volume of water on the street will decrease by 40 per cent.

The study has shown that slanted roofs can also be used for water storage and make a difference between waterlogging or not. However, the volume of precipitation retained by the Ecopan will depend on the orientation of the roofs. On account of the prevailing south-westerly winds, a slanting roof facing southwest will collect and evaporate far more precipitation than a roof facing northeast. The effects of wind speed and wind direction on the volume of precipitation have been corrected in the calculations.

Lessons to be learned from the project