Within the framework of the “Design Thinking for Spatial Adaptation” project, social designers Sjaak Langenberg and Rosé de Beer have designed an inspirational garden for a new housing development in Boxmeer. The “De Kwekerij” [Market Garden] garden serves as an example to encourage future residents of the neighbourhood to construct green, climate-proof gardens at their new houses.

The garden is a green oasis in the centre of the building site. It is not just a source of inspiration, it also serves as a meeting point enabling future residents to get to know one another before moving in. All the plants in the model garden are up for adoption. New residents can mark plants of their choice with a card bearing their name and future home address. The plants and trees of the inspirational garden will be sold during a festive meeting. Until such time, the garden is open to visitors seven days a week, free of charge. 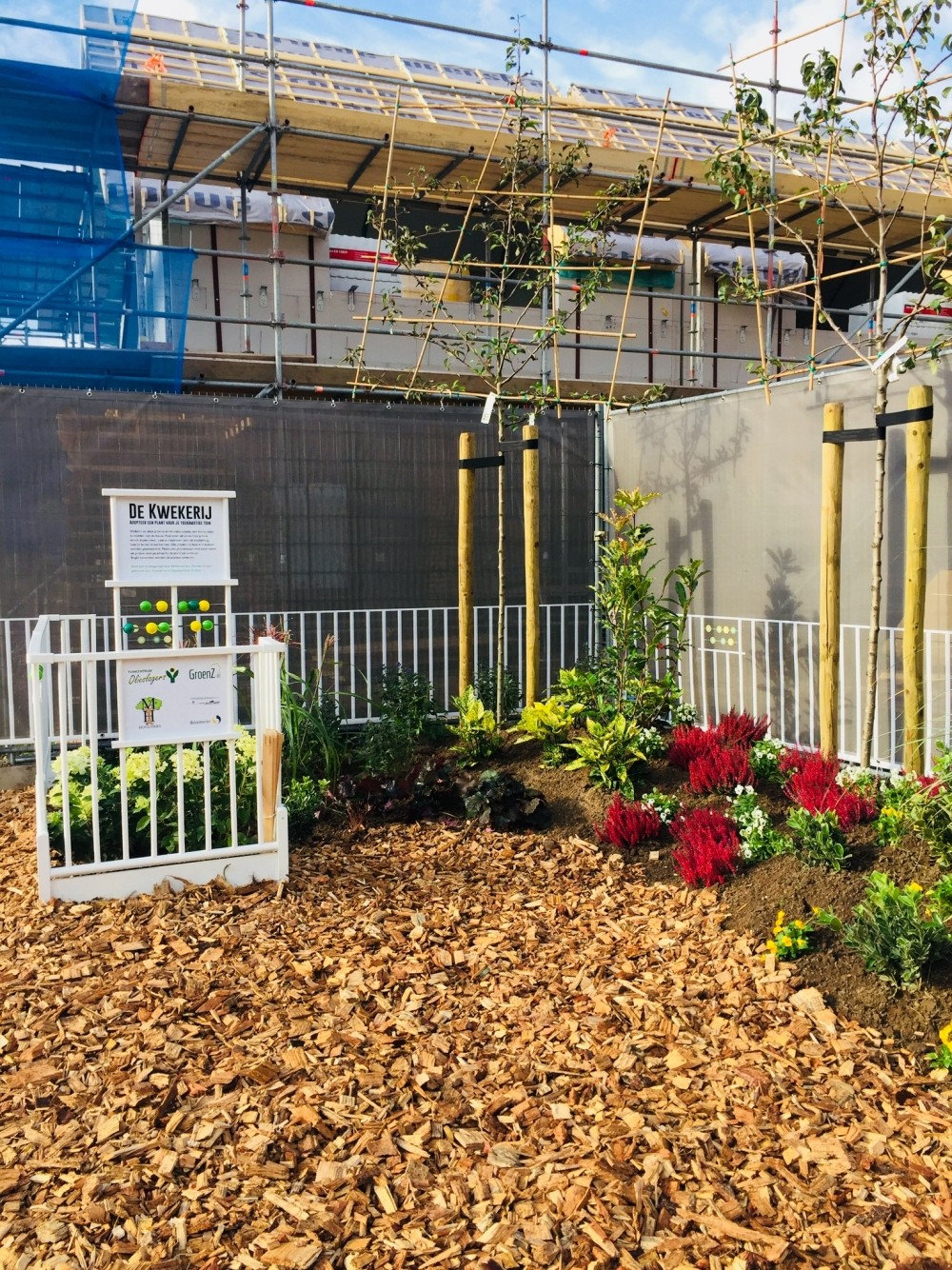 In this project, designers Langenberg and De Beer are collaborating with Nicolette Peters, a project leader from the municipality of Boxmeer. The aim is to make new residents aware of the importance of green gardens. Green gardens boost the climate resilience of the environment. Greenery has a cooling effect, allows rainwater to drain into the soil, and enhances biodiversity. The municipality of Boxmeer is pursuing a sustainable living environment; hence, it is participating in the “Design Thinking” project. This project pairs local governments in the provinces of Brabant and Limburg with designers in order to adopt a fresh approach to tackling climate adaptation issues.

Sjaak Langenberg and Rosé de Beer have worked in concert with local partners: Michel Hermens of MH Hoveniers, Olieslagers Garden Centre, and Fruitpark Groenz have helped to realise the model garden. The intellectually disabled residents of the Thomashuis across the street will be watering the plants, thus also getting to know their new neighbours.

Langenberg has observed that residents are adopting plants and want to keep the garden open once the neighbourhood has been completed. The first residents have already moved in. The project will be completed by the end of 2019. At that time, the number of green gardens in the neighbourhood will be manifest.

Whereas many municipalities are pursuing climate adaptation and making an effort to convince residents of its importance, the designers working on this project are attempting to avoid this term. They are emphasising the fun aspect of a green garden and the pleasure of meeting one’s future neighbours in beautiful surroundings.